The day has finally come! Although our official opening date was August 10th, 2017, we at 100 Bogart gathered our members on August 9th, 2018 to celebrate our one-year anniversary. It has been an incredible experience to grow this community from 0 to over 300 strong, so it was obligatory to commemorate this feat with a rooftop barbecue! 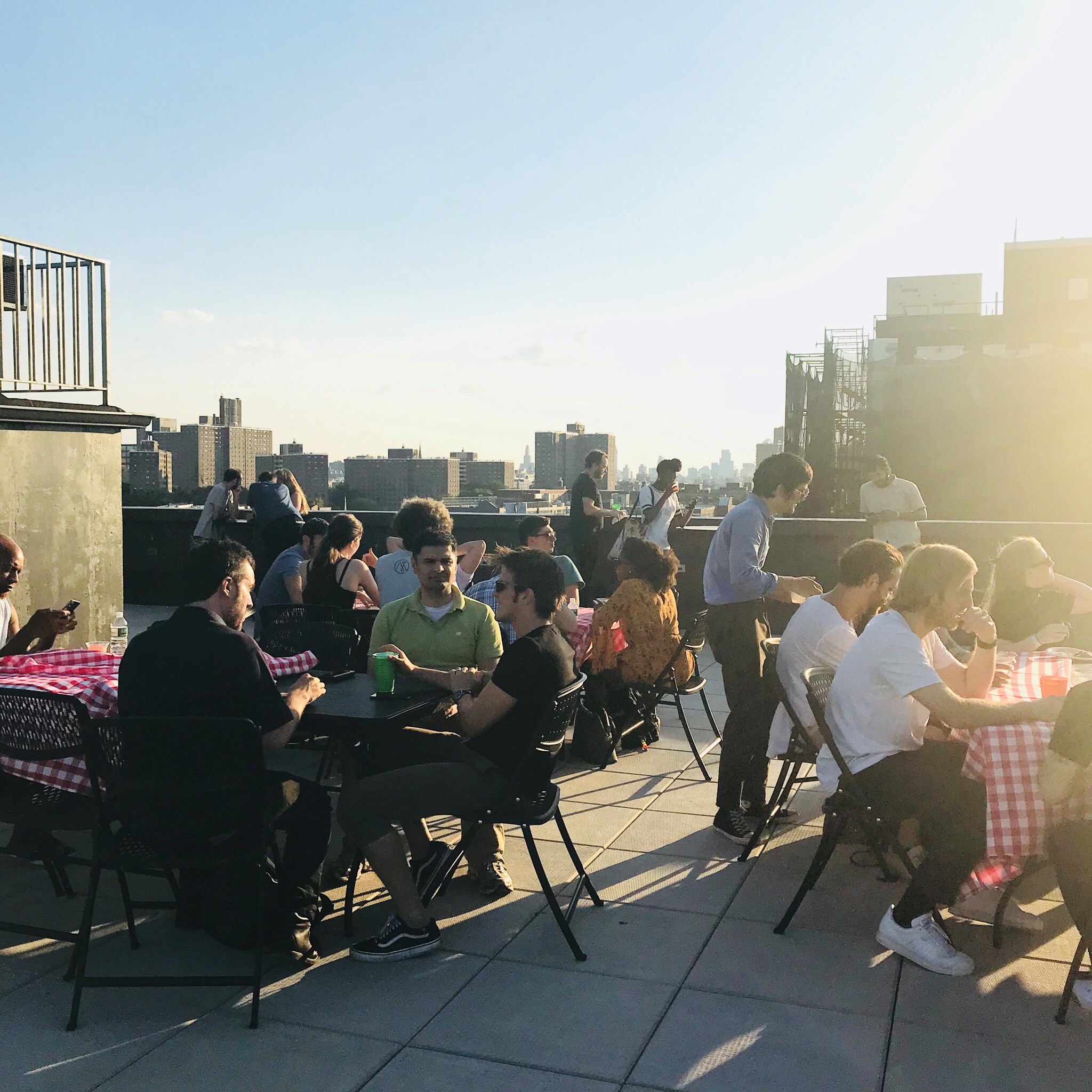 Although the radiant sun and its sizzling heat were certainly deterrents, we were ecstatic to see our members accumulating on the rooftop throughout the night. After all, the event was meant to celebrate the people who made this special community possible! Conversations flowed seamlessly, members enjoyed food and drinks, and a DJ and local band provided us with live entertainment.

If you have ever questioned the strength of the 100 Bogart community, look no further than our live performance, Native Sun, for an answer.  The band is composed of two 100 Bogart members: Danny from OneRPM on guitar and vocals and Alexis from Jenkem Magazine on drums. Of course, a talented local band needs to be represented by someone, perhaps an agency. Luckily, 100 Bogart members, Rogue Agency, represent Native Sun, making the whole process of sourcing live music very natural and possible due to the 100 Bogart community. 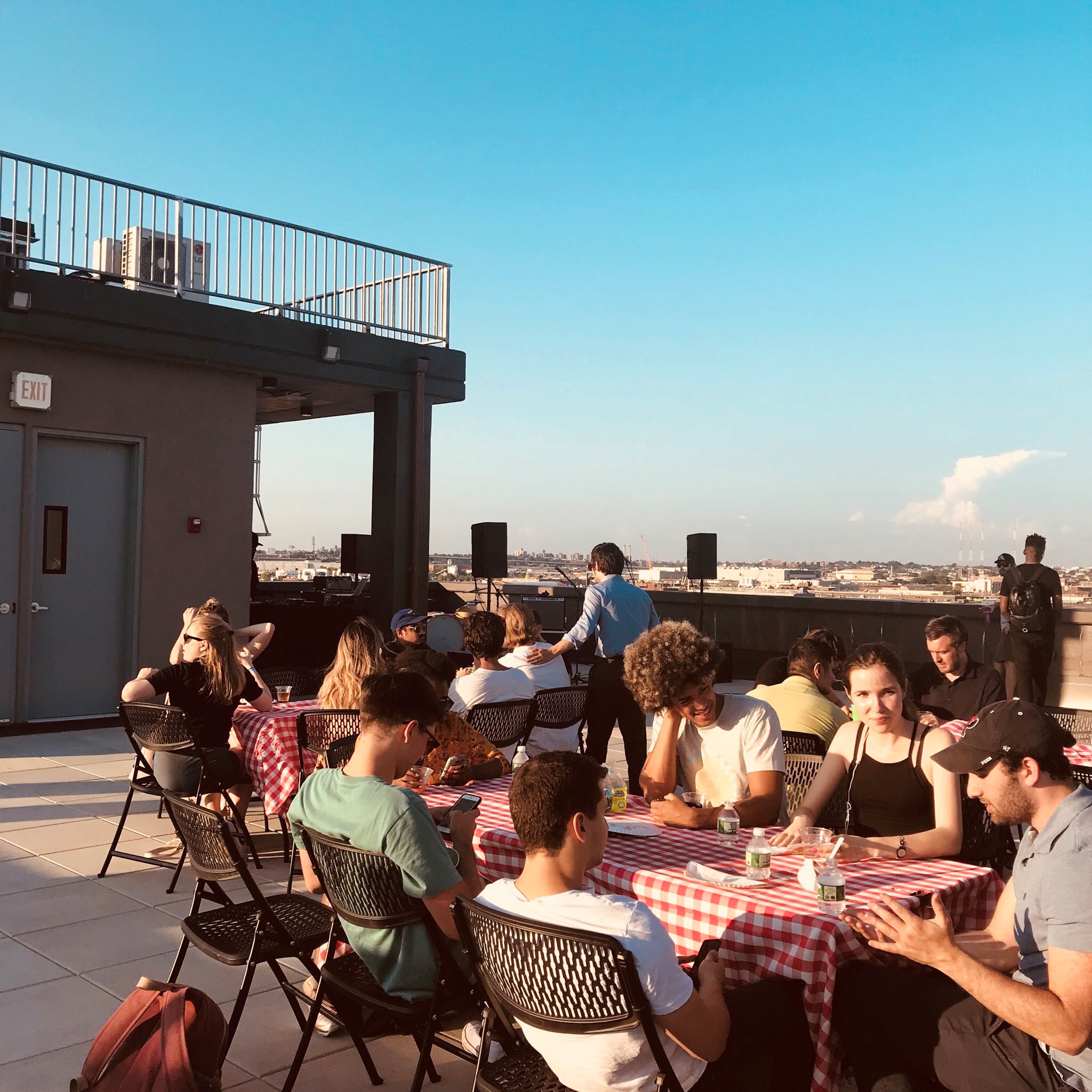 Since the theme of the party was a summer barbecue, we decided to cater from Mable’s Smokehouse. Our members were treated with all of the barbecue staples, whether it was pulled pork, mac & cheese, or cole slaw. To go along with the barbecue, we served vodka lemonade, graciously concocted by our members, Heritage Radio Network, and a rum punch created by the 100 Bogart team. Bushwick local, Maria, even brought her ice cream cart to the rooftop to serve delicious Italian ice and ice cream. 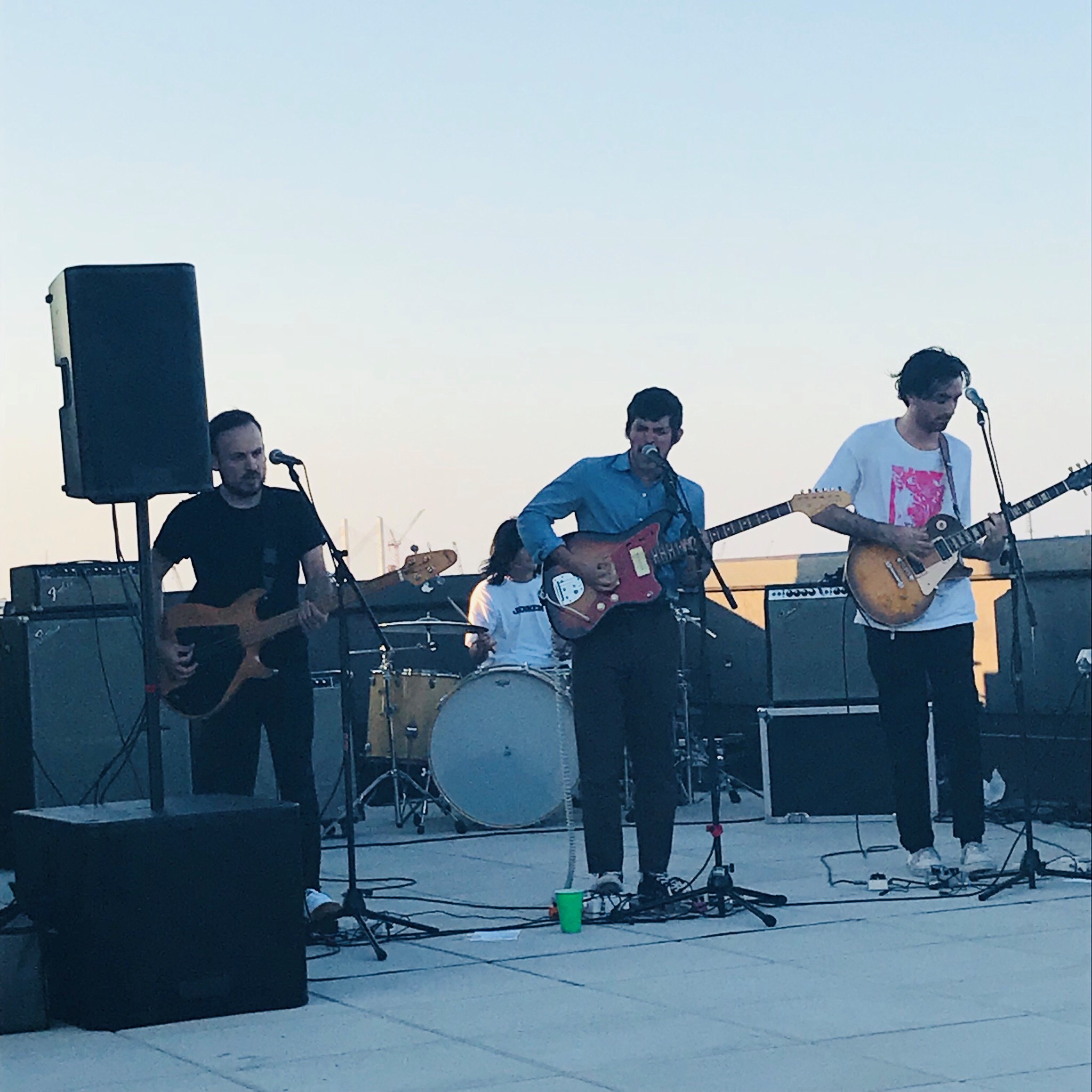 We, the 100 Bogart team, genuinely want to thank our members for making this community so strong and we hope that everyone will continue to keep it that way. We have accomplished so much in one year, but there is much more to come. There are three more floors to fill up with future 100 Bogart members, so it will be amazing to have an event like this again with a community twice, maybe three times the size! Again, thank you to everyone who made this event possible and we look forward to hosting more events like this in the future!